Bibi Seck is the boy who never stopped drawing. His passion has taken him all over the world, corralled into the world of design. Drawing allows him to unfurl his imagination into the pages of his sketchbook. Working for high proﬁle companies from IKEA to Renault. Talking to him, it’s easy to see how design became his calling. His profession is simply an extension of his passion, letting him expand his curiosity onto multifarious areas.

In Dakar everyone is a designer. Solutions are improvised rather than ‘designed’ in the haughty sense. Senegal may not yet value design culture but conversely there is an exciting speed to making things. Ad hoc reigns supreme, and it’s easy to ﬁnd workshops. “Let’s say I will work on a project for Herman Miller. That project can take three or four years because you have meetings, you have Skype meetings, you have 3D ﬁle exchange. Too much politics. In Dakar, I can draw a chair and have it made in two days. It’s really energetic for a creative mind because everything is fast. Even a dress, a shirt, you do a sketch, you go to the tailor, and say, ‘I want a shirt like this or pants like this with a pocket here, blah blah blah”. Three days, the thing is there. Even for IKEA, I did my ﬁrst prototype in Dakar.” 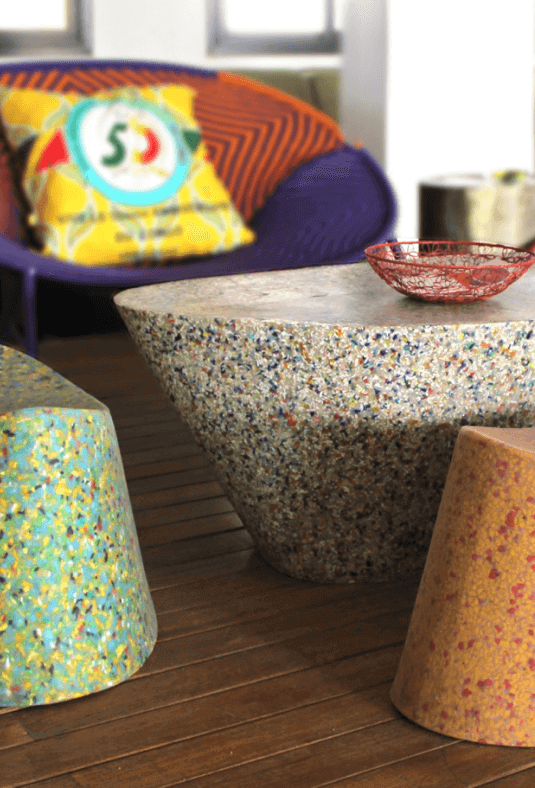 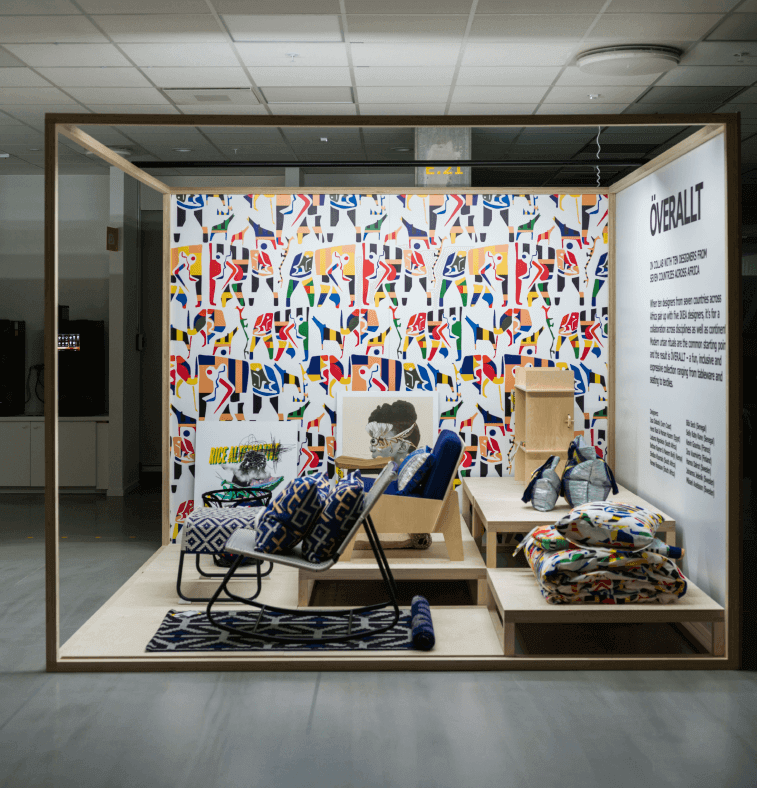 There are three projects that Bibi currently has on the go in Dakar. “ﬁrst, there is
my own product that I’m doing in Dakar. Using recycled plastic.” A material he has come to love for its thrift. New possibilities with recycled plastic are rife.

“Secondly, I started a collection called Simplicity and my goal is to make design affordable in Senegal. By applying a very simple design, the people who are going to make it won’t spend too much time and too much material. Simple shapes like a tube, metallic tube, you cut, weld, and you put on plywood and that’s it. A lot of people will say, ‘Design is too expensive’. I say, ‘Yes, design can be also very popular.’ ” This project is aimed at the local market and has to show people that design is a worthwhile venture.

“The third thing is I will do a couple of projects where I’m hired to do some interiors, I’m doing a co-working space.” It seems that co-working spaces are taking over the world.

«For me design is a profession whose main goal is to ﬁnd solutions to problems and it’s not the problems that are missing in Africa, it’s the designers»

Bibi recently designed two pieces as part of IKEA’s Överallt collection. A rocking chair and a footstool. These pieces are inspired by the relaxation that he ﬁnds in Dakar. When he’s in town he sometimes ﬁnds himself unwinding by sketching in bars or restaurants. A rocking chair is a natural complement. When I ask Bibi about his hopes for the future, he comes back with more questions than answers. His mind ever curious. “Why is there not the equivalent of IKEA in Africa? When will Africans design products for them, made in Africa? How can design participate in the development of Africa?” Hopefully in the future there will be more African designers. “For me design is a profession in its own right whose main goal is to ﬁnd solutions to problems. And it is not the problems that are missing in Africa, it’s the designers.” 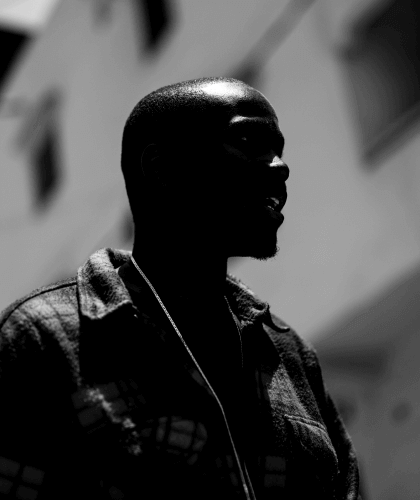