Fatou Kande Senghor is an artist, author, ﬁlmmaker and the founder of Waru Studio. We meet Fatou in a break from ﬁlming. She’s currently directing a TV-series that weaves together documentary and ﬁction on Dakar’s hip hop scene. A topic close to her as the genre that gave her a ‘lionheart’. Hip hop is her music. 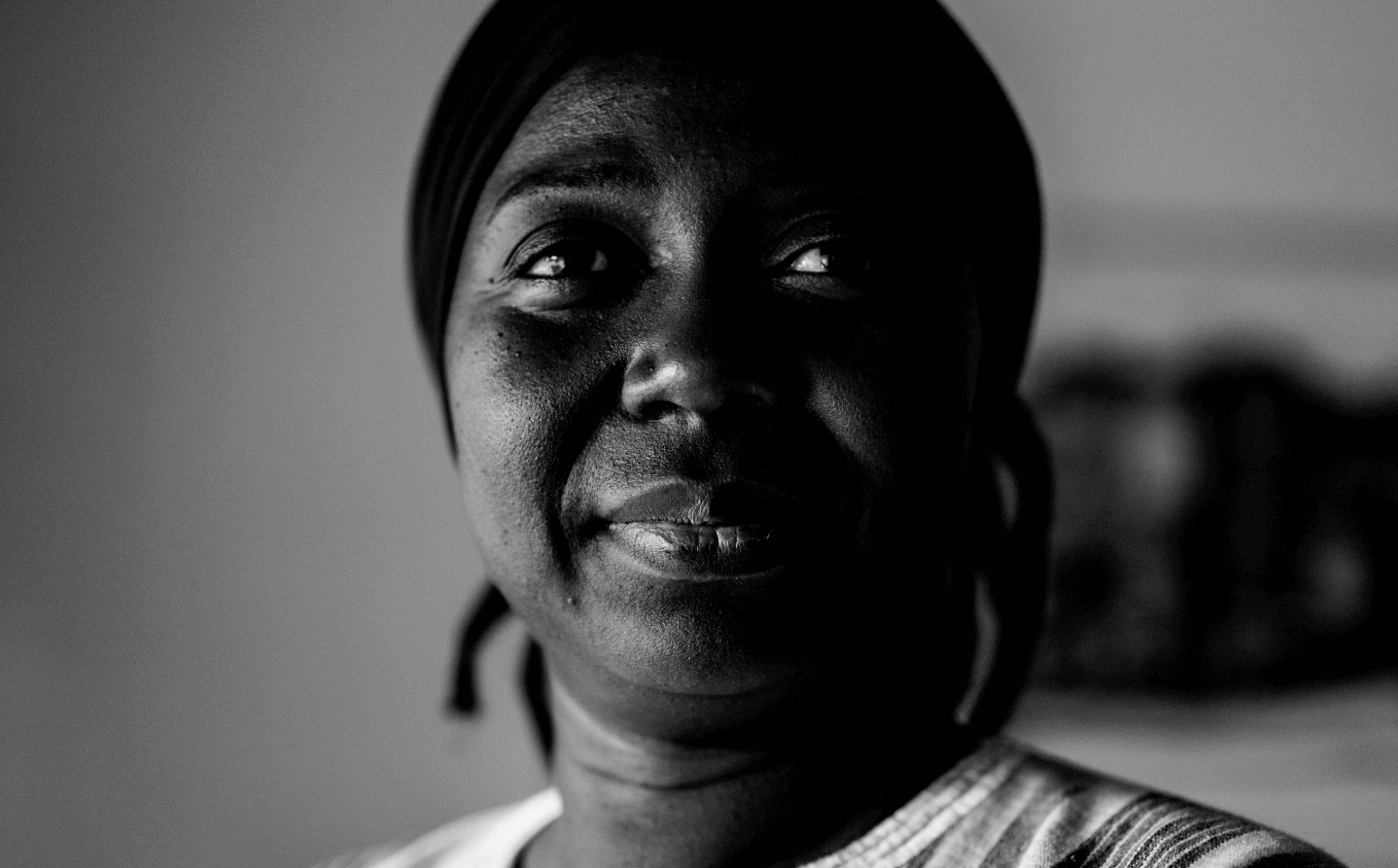 The genesis of Fatou’s current series took a winding path. Initially it was all about giving back. “A couple of years ago I wanted to make a documentary about the music that has given us a chance to create our boldness. We come from families where, if you are a girl, you don’t talk back. Hip hop is challenging that. So this is the music I cherish and I owe something to.” At ﬁrst, it seemed that all the pieces fell into place rather easily.

“I started ﬁlming all these people I knew. In Senegal actually most of the hip hop artists are my age or a bit older and I knew all of them. I started recording, taking photos, ﬁlming. Until I had too much material and it was twenty years down the line!” A ﬁlm with such an amount would have been impossible.

“Because I couldn’t say anything valuable and use this material I decided to pour it into a book.” Wala Bok the book, came out in 2005. It is a remarkably comprehensive oral history of Senegalese hip hop.

What Fatou is currently ﬁlming though, shares the name of the book but will incorporate ﬁctional elements that borrow from her own experiences. The series in works is being produced by Orange – the telecoms giant. Clearly Orange see something in the endeavour as there are to be 26 episodes.

As for when Fatou herself knew she was onto a winner – that moment of clarity came during casting.

“I started going to all these little contests. ‘This one has style. Oh this one has style.’ Then I found a girl. I found a guy. Then other girls and guys. That were perfect but the process was slow. So, one day I decided to organize a casting. To our surprise, when we opened the doors there were 2000 people out there.

The ﬁrst ones, we could document ourselves. Thankfully they helped us document the others until everyone had their picture taken, holding up a blackboard with their name and phone number on it… Most of the people that showed up, had never been to a casting, they all thought they were part of the ﬁlm already! So we’d get phone calls every day like ‘When am I shooting. Where should I go?’ That made us understand that the audiences would be there.”

«I organised a casting one day. When we opened the doors there were 2000 people out there.»

Fatou’s attitude to casting was informed by her respect for the skill and artistry of rap. She was casting MCs to act rather than the other way round. Actors are rarely convincing rappers but rappers can learn to act. “I wasn’t even surprised that the acting got so good. This is what they do. In hip hop you act. You’re in performance. Even when you’re not a real performer. You pretend a hairbrush is a mic in your room or in your mirror.”

With a cast of young performers, she set about making set life fun and vibrant. She’s been on sets before that were extremely tough. ”I didn’t want it to be too hard. I wanted to give room for actors to add in. I wanted to laugh while shooting. To have collective moments. And to document what hip hop has brought to all of us.” Her artistic interests in artwork, photography and streetwear all form a part of set life.

Wala Bok is about more than simply hip hop. In it you will ﬁnd themes Fatou would like to see discussed more in Senegal. Wala Bok’s central protagonist Mossane, faces challenges that will feel relatable to many Senegalese women. Her journey through the series will present hurdles that are commonly found. In Senegalese culture women are accorded what Fatou calls the “best virtues”. There are many family obligations that rest on Senegalese women. “If a mother falls sick, then it is the daughters responsibility to care for her rather than the son. If a brother has a child, it is the sisters that move into the house to give an extra hand. These obligations are strongly felt in Senegal.”

Obligations are not as ephemeral as they seem in Western society, they make things difﬁcult for Senegalese female ﬁlmmakers. Sometimes funding might be difﬁcult to attain when family obligations get in the way.

Fatou is not simply a filmmaker, though that would be quite enough on anyone’s plate. She has also carved out a role as mentor and trainer to a new generation of female ﬁlmmakers in Senegal. At 48, she’s older than them and is able to use her experience to navigate the system. The “Wind looks like it’s favourable now” for female ﬁlmmakers at the moment, but as Fatou knows winds change quickly. She’s on the watch out to ensure that gender issues don’t become tokenism.

Senegal has a strong cinema tradition, however this tradition has long been dominated by ﬁlmmakers shooting with foreign audiences in mind. Making ﬁlms that were serious and arty. Previously Fatou’s ﬁlms were documentaries and tended to be shown in the States. Often at universities.

For her upcoming series though Fatou has a different audience in mind. She is adamant her new series has to appeal to a domestic audience. For it to start conversations that put Senegalese society under the microscope. And maybe for it to even bridge generational divides. “Three generations of a family will be able to sit together and actually watch.”

Fostering a bond between old and young is especially important in Senegal with 60% of the population being under 25. Hip hop on TV might just be the perfect thing to gather a family round a TV set. It’s fun at the same time as serious. “The smallest kid knows about the latest artists. More mature kids go to school and know what is happening there. Parents want to know what kids are doing. Kids going through hard time and we explain why.” 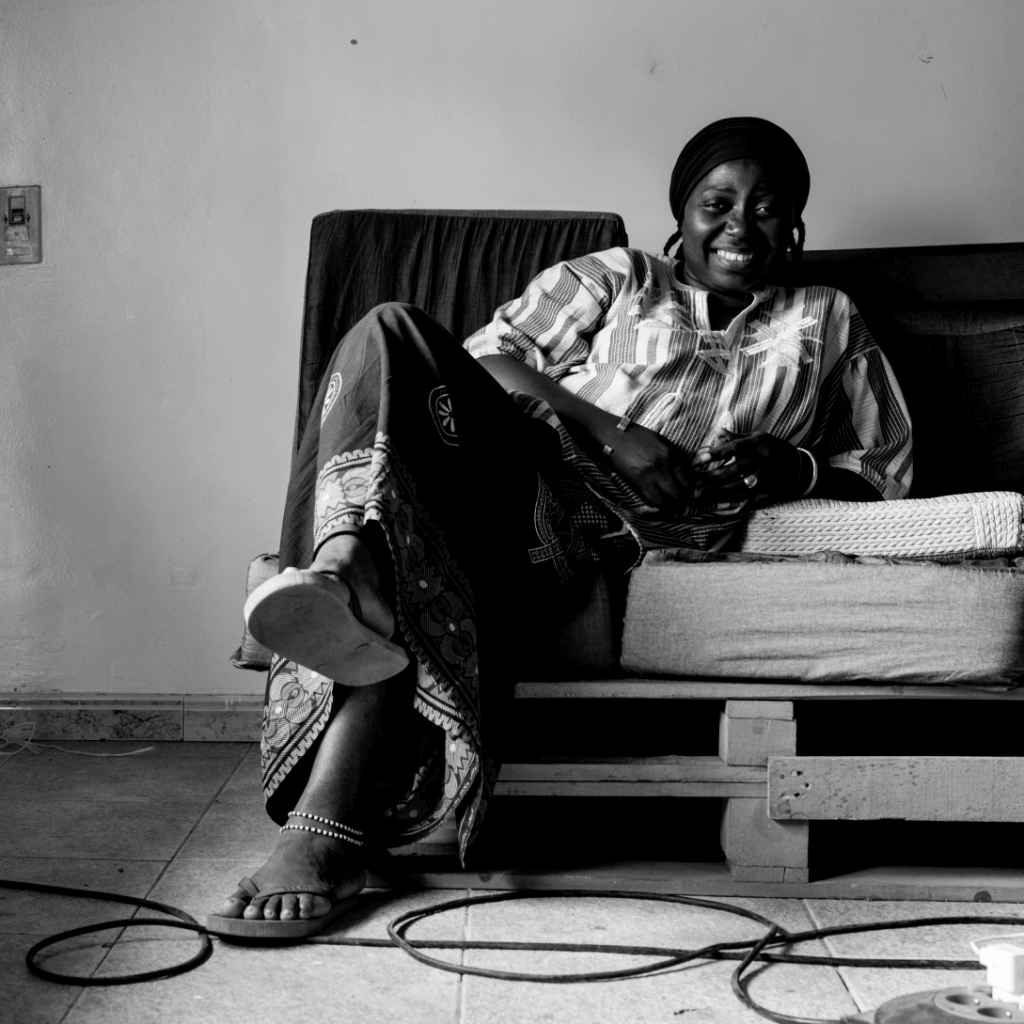 «Hip hop on TV might just be the perfect thing to gather a family round a TV set.»

You are probably already getting a picture of Fatou as someone who concerns herself with the rights and wrongs of society. When asked what she would most like to remedy her response was forthright. “The educational system is my main target here. If hip hop can do so much for these children then it means somebody else has failed in the system.” Getting people to understand their own problems is a huge part of the battle. Learning is hindered by a system that bears the legacy of colonialism. Young Dakarois from the suburbs ﬁnd themselves code switching when they come to town.

“If we’re even dealing with the language to start with. We’re being taught in French. If you take Dakar, there’s perhaps 3.5 million inhabitants. At the end of the day 1.78 million moves back to the poor suburbs. The ghetto. So they work here, attend school and *poom* you go back to the hood. You speak your own language. You act your own way. You eat your own food. You move in your own culture. You do all these things that are yours.” “Your house came before the sanitary systems and before the schools. So when you’re back in there it’s chaos. You can park anywhere, spit anywhere, piss anywhere and it’s ﬁne. It’s what we do when we are here. When we’re not in the ‘civilised world’. But it means that your school looks like the ghetto. How can you learn anything when you’re speaking in a language that you barely use.” 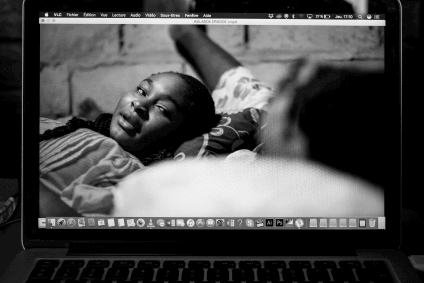 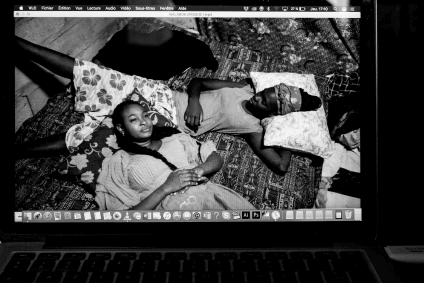 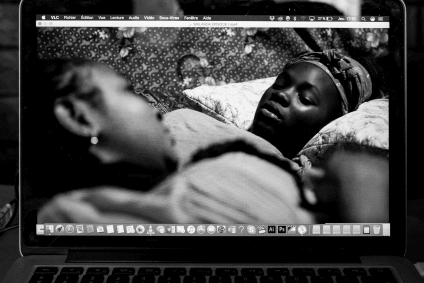 Whatever comes of it, I feel certain that Fatou’s series will encourage the discussion that she’s so keen to see. I’m also sure it’s going to be an entertaining watch. A window into the world of Dakar hip hop that will hopefully broaden minds. “This music gave me a lionheart.” Hopefully many more lionhearts will be forged amongst the youth of Senegal. 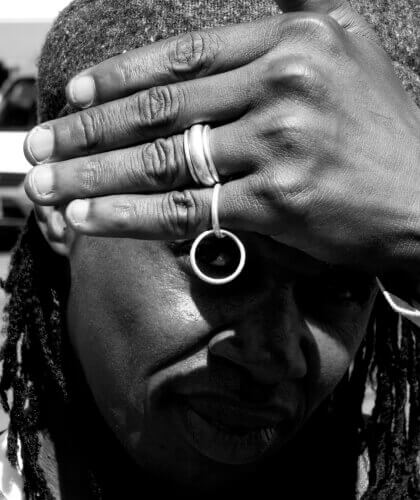 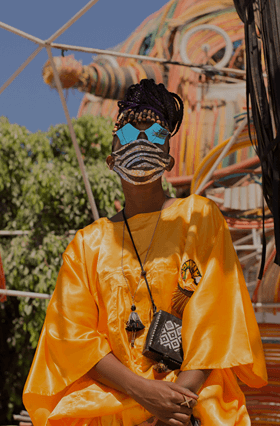