The World of Greta Colloca

The second in our 'World Series' initiative is Stockholm based but Ostia (Italy) born and raised Greta Colloca. Her take on the SKEWED world considers the Big Bang. Not the K-Pop boy band but the moment the universe came into being. To go alongside our collaboration, we asked Greta some quick questions on space documentaries, mangas, and the difference between the creative universes of London and Stockholm.

My name is Greta Colloca, I’m 28 years old (actually 29 really really soon). I was born and raised in Ostia outside of Rome, Italy, but I’m currently based in Stockholm, Sweden.
Can you talk us through your interpretation of a Skewed world?

I was immediately intrigued by the idea of what “the creation/the big bang” of a Skewed world, or rather universe, would look like. Maybe because I’m a sucker for space documentaries? So for the motif this was my main inspiration.

To be honest, first I was a bit thrown off by the idea of having a black frame around the illustrations. I thought that this would disturb the image. But instead I decided to use this restriction as a central part of my design and came up with the idea of making all illustrations squared. This also happens to work really well on Instagram too so all for the best I guess.

The result was a series of 9 illustrations that can be used either separately or together to create a comic (even if somehow abstract). I’ve actually been a big fan of comics since I was young and it is definitely something that influences and inspired my work as an illustrator. 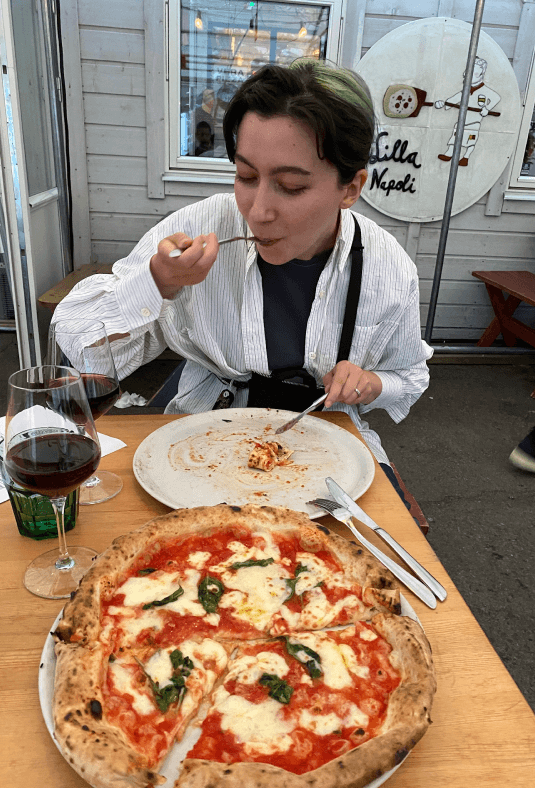 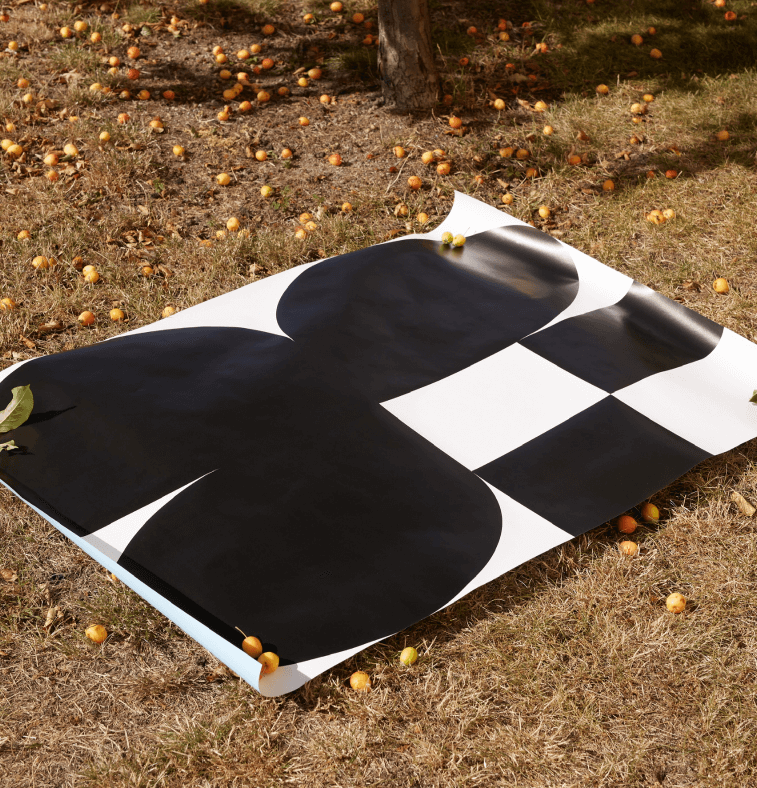 A poster made this summer, photo by Frida-My

How did you get into comics? Which are your favorite?

It all started with anime (Japanese animated series) which would air on Italian television after school and in the evenings. Most of these series were old classics like Gundam, Urusei Yatsura, Doraemon and Lady Oscar. I was hooked and started reading manga (japanese comics) soon thereafter. In Italy they were very easy to find at almost any local newsstand. I’m still a fan of some of my childhood favorites, to mention a few: Cardcaptor Sakura –

We see some Matisse in the work you’ve produced for Skewed, would you say this is a fair comparison? Who else inspires you?

Wow thanks, that’s a huge compliment! Matisse is definitely a big source of inspiration and especially his way of utilising his tools and materials in his process to create a very unique look. There are a lot of people and things that inspire me but some of the artists I always go back to are Ellsworth Kelly, Anne Truitt and Isamu Noguchi.

«I think repetition is key to my process. Rather than spending a lot of time on a single image I spend a lot of time repeating the same image over and over again in order to find the “most interesting” composition.»

Your work, whilst digital has a very physical feel to it. Can you take us through your process?

I like to start by sketching by hand: usually either by drawing or by doing cut-outs. At this stage I try to do as many sketches as possible without spending a lot of time on each image. After this I do a selection of my favorite motifs and (at least in this case) I scan them to use as reference for my digital illustrations.

I think repetition is key to my process. Rather than spending a lot of time on a single image I spend a lot of time repeating the same image over and over again in order to find the “most interesting” composition. I always look for things that are slightly off in my illustrations as I think this makes the image much more interesting. Maybe this is the reason why the illustrations have a physical feel to it?

When it comes to colours I almost always am inspired by random things that I see in my everyday life. I really like collecting and working with colours. 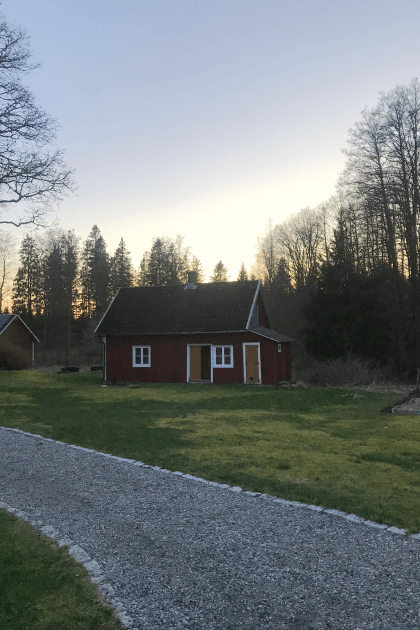 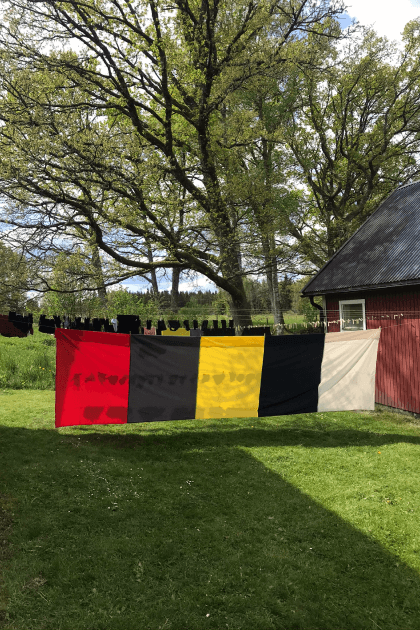 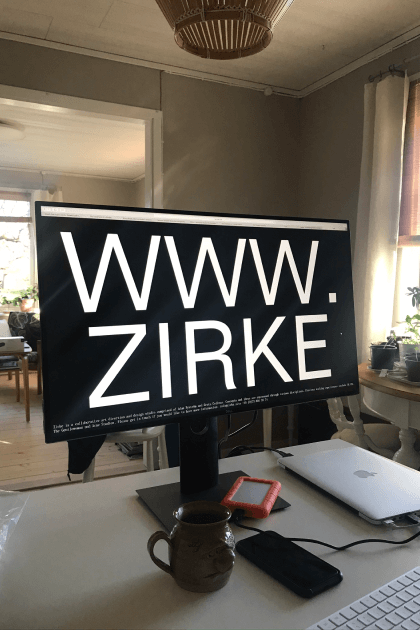 You recently spent some time living in London. What sparked your move?

Well, I moved to London because I was tired of Stockholm and my partner found a job there that he wanted to pursue, so we took the chance!

Then we moved back to Stockholm because we both missed friends and family but also because of Brexit. This was actually just before the Covid outbreak so it was a lucky coincidence I guess…

Crazy that it’s already been almost a year already since we moved back. London is great and I do miss it at times, especially all the cozy pubs, the museums and the new friends I made.

If any, what differences did you notice between the creative industry in London and Sweden?

Hard to say. I think that since London is a much bigger city compared to Stockholm the creative industry is also richer, because of that. A lot of designers that I admire are based in London so it was great to get the chance to meet them and at times even have the possibility to collaborate.

At the same time I feel like the creative industry is a lot more global rather than local nowadays, so it feels like there isn’t as much difference between creators in the same fields that are based in different countries? What do you think? 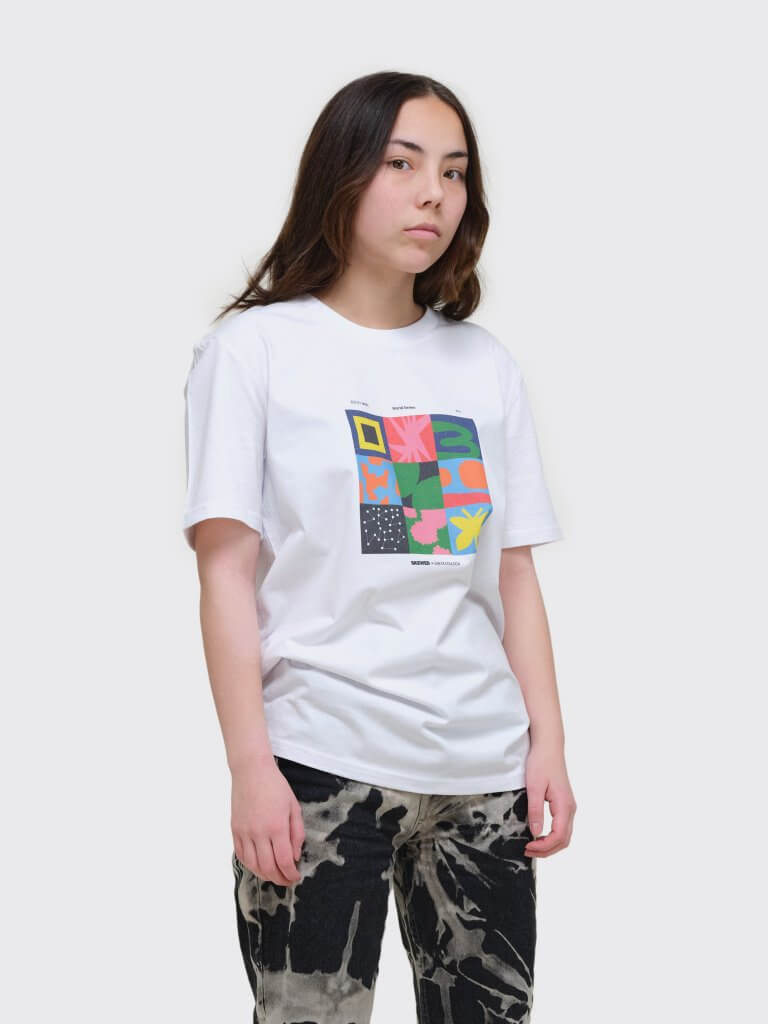 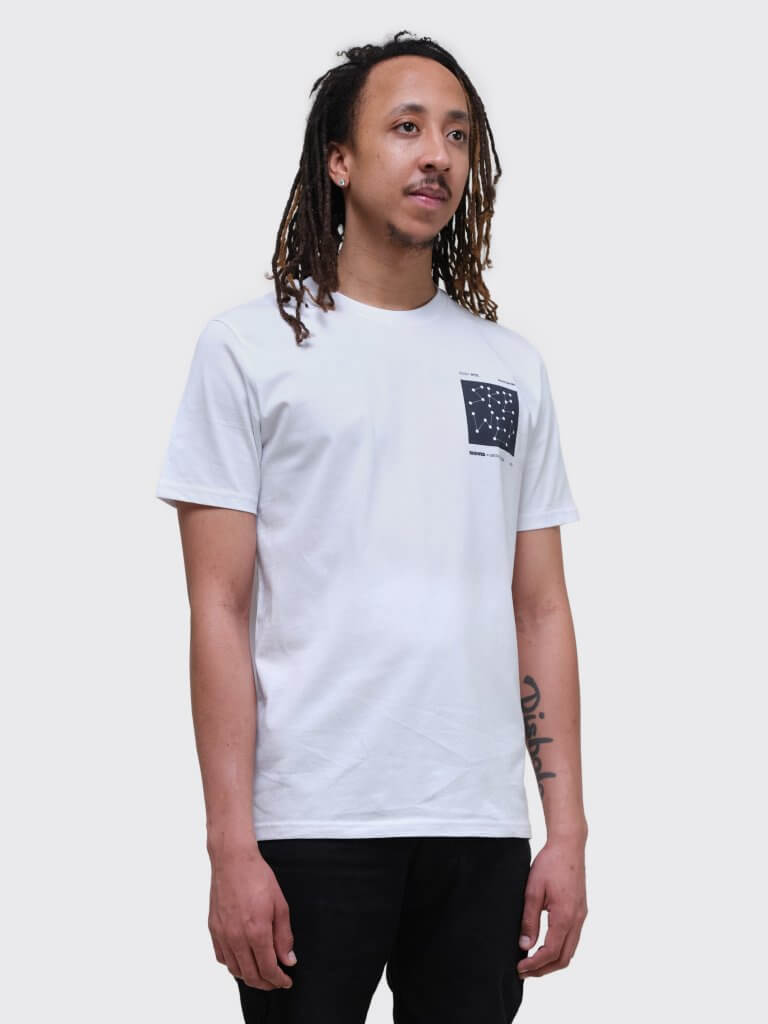 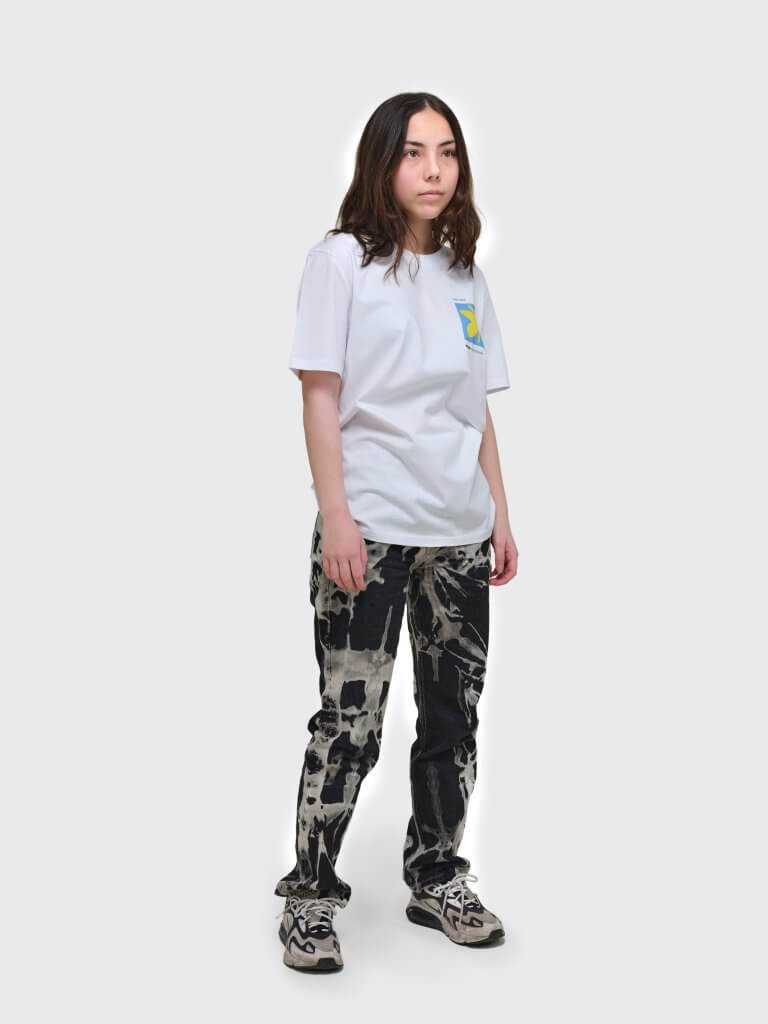 What have you been up to since your return to Sweden?

I have been freelancing for various clients with mine and Adam Nyströms design studio called Zirke (follow us on Instagram @zirke.site). Recently I also started working for Swedish fashion brand Tôteme which feels very exciting.

Sounds like the move really paid off. Probably the hardest questions to answer during a pandemic. Any big plans or dreams for the future?

For the time being I’m focusing on the now and trying to do as many fun (and pandemic friendly) things as possible. But looking forward to being able to visit friends and family that are old or that don’t live in Sweden, hopefully this will be possible really soon. Fingers crossed! 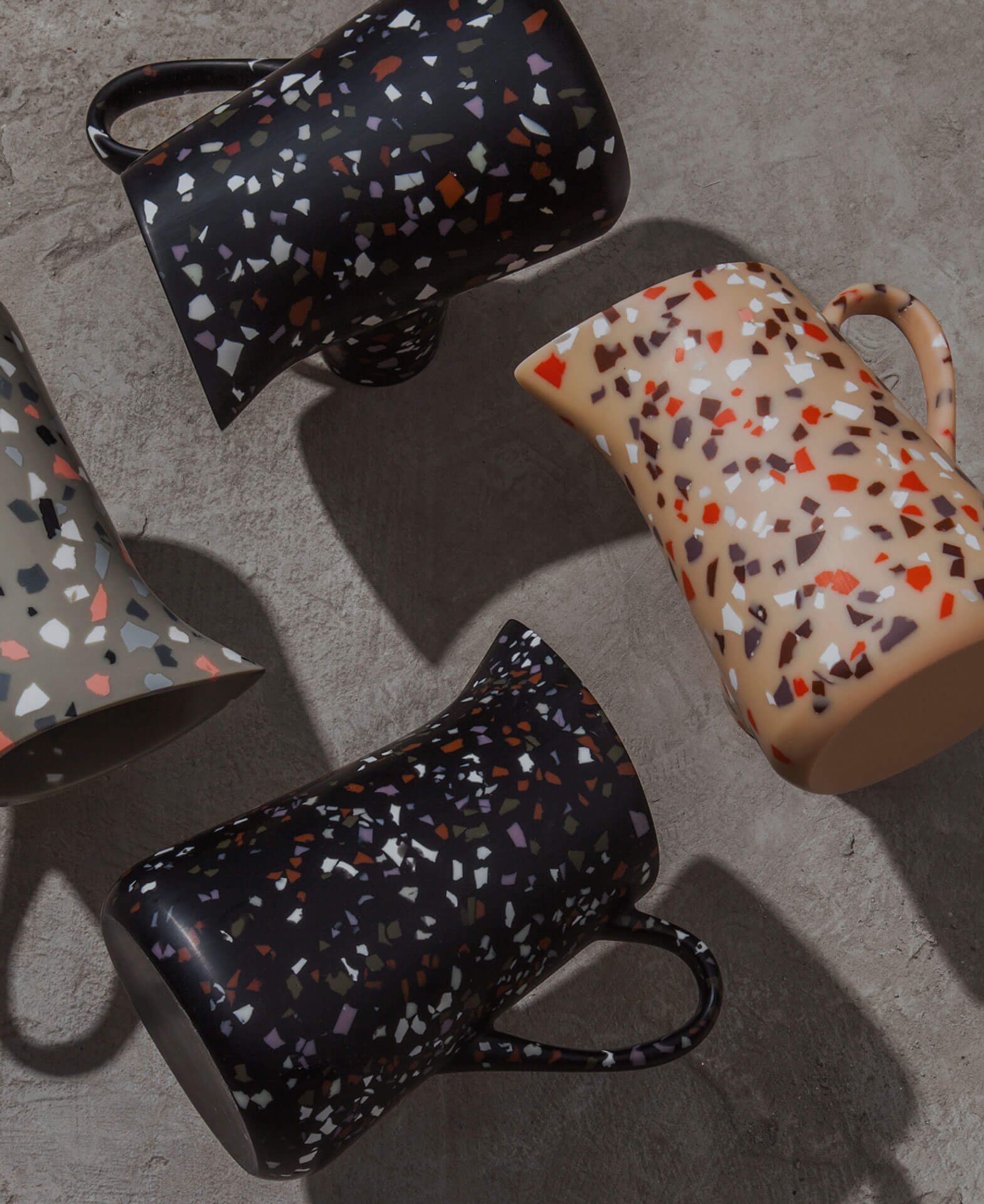 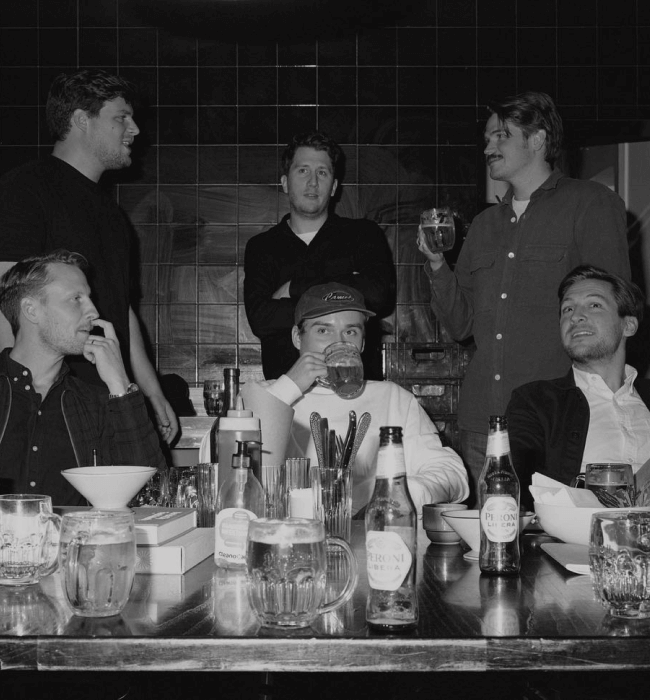 Depth and breadth? Office of Possibilities and the art of choosing your creative discipline

Depth and breadth? Office of Possibilities and the art of choosing your creative discipline